How to choose high-quality and cheap transparent blown film masterbatch

If the masterbatch is produced using chips or recycled materials, it may contain contaminants or other non-meltable polymers. This will cause some unpredictable troubles that are difficult to restrain, and waste consumers' time and raw materials. At this time, the base resin can be used to produce high-quality masterbatch, which has good compatibility during the melting process. Good masterbatch can use LLDPE, LDPE, HDPE, PP, PS, SAN, PA and other materials to produce deformation caused by molding shrinkage, so the mold design must be modified.

Among them, it is important to pay attention to making the product wall thickness consistent. Sometimes, as a last resort, we have to measure the deformation of the product and trim the mold in the opposite direction for correction. Resins with greater shrinkage are generally crystalline resins (such as polyoxymethylene, nylon, polypropylene, polyethylene and PET resins) than non-crystalline resins (such as PMMA resin, polyvinyl chloride, polystyrene, ABS resin, etc.) And AS resin, etc.) deformation is large. In addition, since the glass fiber reinforced resin has fiber orientation, the deformation is also large. 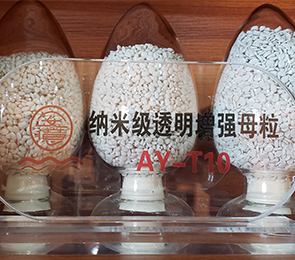 Previous: What are the application characteristics of ultrafine precipitated barium sulfate in coatings?

下一条: What are the factors that determine the price of high-gloss barium sulfate products